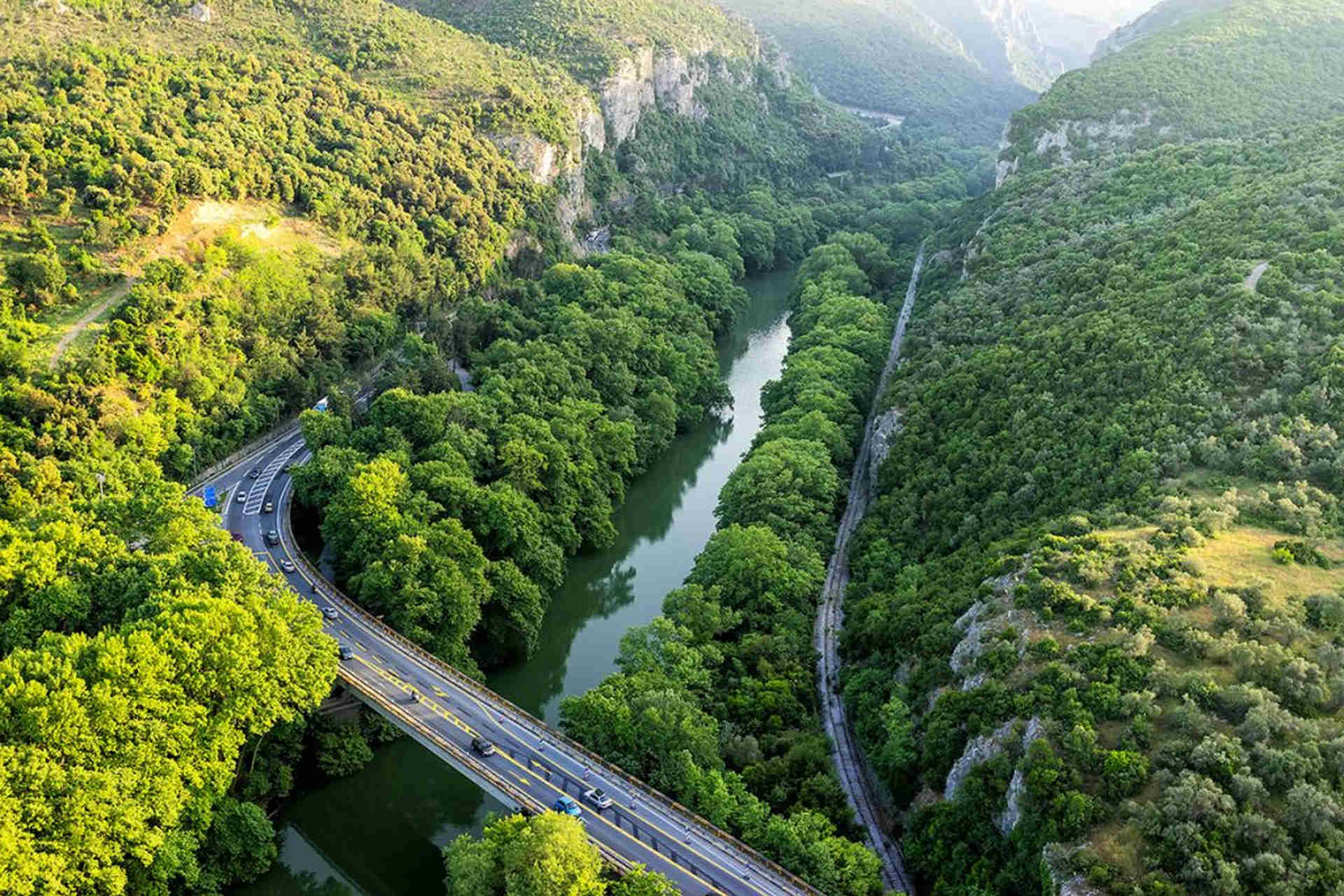 Tempi include the region where Peneus River flows through the mountains of Olympus and Kissavos to pour into the Aegean Sea.

According to one view, years ago Thessaly was a vast lake, which after a large earthquake opened in Tempi, separating the two mountains, which until then were joined by draining the waters into the sea.