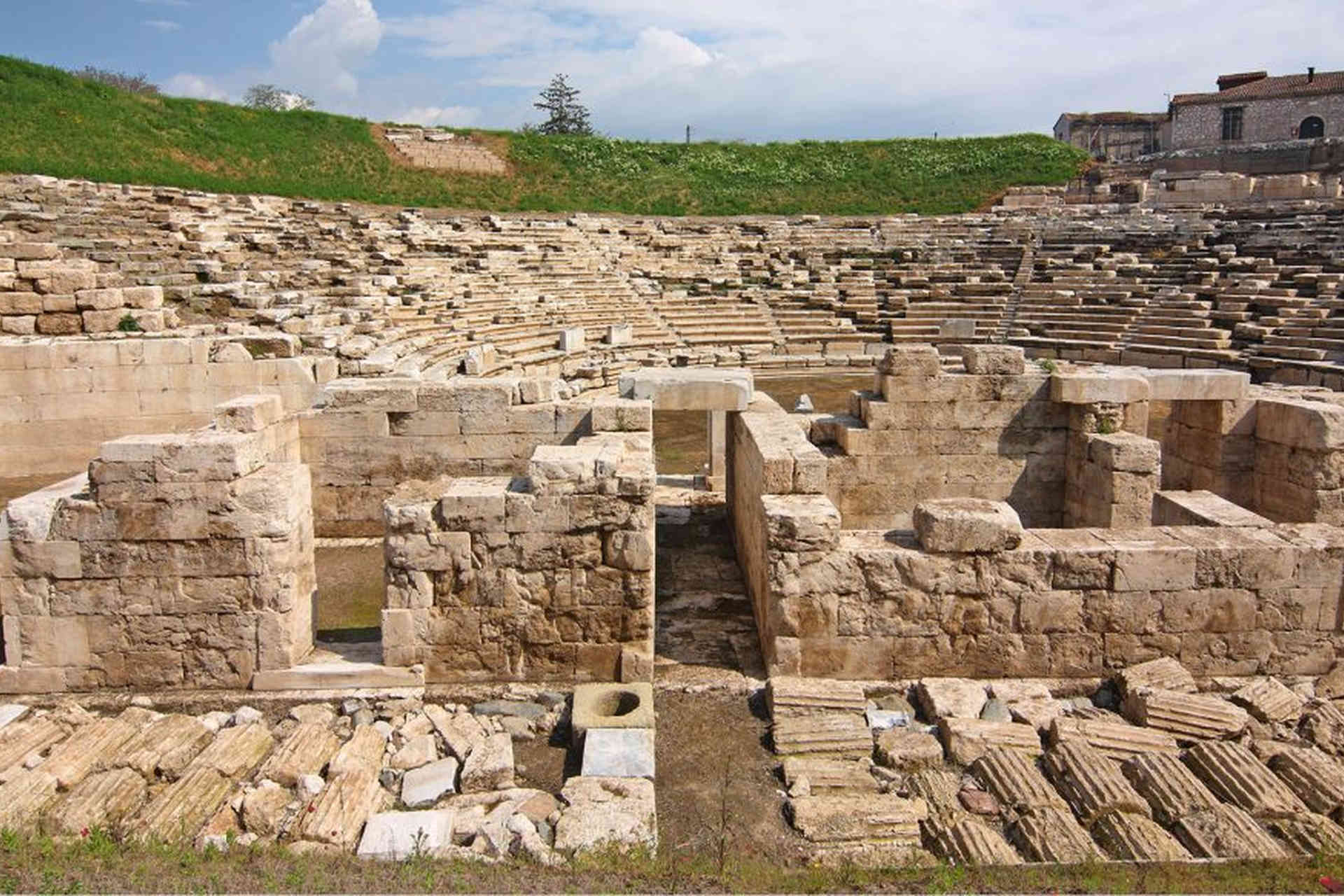 Larissa is one of the largest cities in Greece , located in the eastern part of Thessaly. It is a contemporary and modern city, with large squares , beautiful parks , historical and archaeological sites and other cultural centers . It is a commercial , industrial, military and transportation center .

The city center is 70 % pedestrian and one can walk pleasantly . The two large squares of Larissa ,Central Square and Post square, are situated there and they are spots for fun and relaxation .

The ancient theater is for today’s Larisa the umbilical cord to its brilliant past. Dated in the 3rd century BC, according to archaeologists it is not inferior in importance, quality and capacity to that of Epidaurus.

The important Ottoman monument of Larissa Bezesteni ,a covered market of the 15th century, dominates on the Hill Fortress of Larissa.

The Folklore Museum is one of the most remarkable museums in Greece. It focuses on gathering, documenting and promoting the daily life of the early industrial period. It is rich in folklore, traditional and historical material from the area of Larissa.

Larissa is one of the few cities that boasts of its artistic wealth. Its core is the famous collection of the collector and art lover doctor George Katsigras, which has been appreciated by experts as the greatest one after the collection of the National Gallery and the Koultidi collection.

The Harokopos residence which is situated at the exit of Larissa and in the village of Giannouli is one of the most impressive mansions that belonged to the landowner and benefactor Panayi Charokopos . Descendant of Panagis Charokopos was the youngest Panagis , who was the husband of the actor and politician Melina Mercouri

Due to a flood of the Peneus river, in 1826, the tomb of Hippocrates, the father of medicine was unearthed and a cenotaph and a marble statue, which was created by the sculptor George Kalakalas, were erected there in 1978.

Alcazar park has been tied to the life of the city for more than 100 years. It stretches along Peneus river and is an important green lung for the city.